The one who wrote this book of Sirach what's the wise and pie is Jew of the second century before Christ. He shows that
God shows new favorites but deals equally with all people.
Yeah answers the prayers of all but certainly his greatly concerned with those who are oppressed for the window or the ocean or the ones who cannot help themselves.
We need to constantly show gratitude to God, but the times we are so busy that we almost forget completely about any prayer or dialogue with our God who loves us all.
In this reading we heard the words he who serves God willingly is heard.

Second reading: two Timothy 4:6-8; 16-18.
Into his letters St. Paul often talks about his struggles and sufferings as a part of the journey to return the light.
He writes this letter to Timothy knowing that his death is eminent.
He says on his deathbed that he has fought the good fight.
Those words can help each of us in our struggles in our difficulties to understand that they are a part of the journey to eternal life.

Gospel: Luke 18:9-14.
This parable is told by Jesus to some people who trusted in themselves that they were righteous and yet despised others Who did not do as they did. 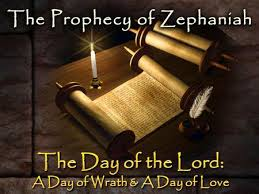 During his time most of the leaders of the Chosen People had abandon God.

While they had been in exile in Babylon the generations that followed had taken on the pagan idols that had surrounded them.

Many had become merchants and had made money.

Even the common people had turned to other gods or to no gods at all.

Zephaniah speaks that a remnant will remain faithful to God.  He speaks to them as he speaks to us who through our baptism are called to be that remnant to make God present in the world once again.

Watch for the opportunity to make God present through our actions... mercy, forgiveness, understanding, patience,  etc. 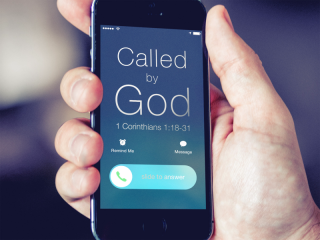 Saint Paul in the second reading was speaking to a community that was  struggling.

He  assured that them they had been called by God not because they were bold and strong, but because  God calls the lowly, the humble, to make Him present in the world. 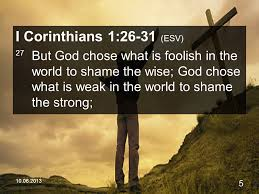 In the eyes of the world we, at times,  may not be seen as the wise and/or  learned.

But it is in our lowliness, it is our actions that make God present in today's world.

In the Gospel we are told  what is it to be called by God and to be a follower of Christ.

"Blessed are the poor in spirit,

The world says be strong...you do not have to take it with a grain of salt
.
Blessed are they who mourn,

We seem to have learned that we should never be down and out...Be strong

Blessed are the meek,

We seem to think at times in difficult situations we should never be meek...stand up to that person.

Blessed are they who hunger and thirst for righteousness,

Blessed are the merciful,
But the world teaches us mercy only to those who deserve it, not to everyone

Blessed are the clean of heart,

Blessed are the peacemakers,

We are taught that I only make peace to those who deserve it, not to the one who hurt me

Blessed are they who are persecuted for the sake of righteousness,

Don't be rejected...you were right; others should respect you.

.
Blessed are you when they insult you and persecute you
and utter every kind of evil against you falsely because of me.

Rejoice and be glad,
for your reward will be great in heaven."

Perhaps the next time we go to confession or examine ourselves,we might take a look at the Beatitudes and pray to be able to fulfill what they suggest as to how we can make God present in the world. 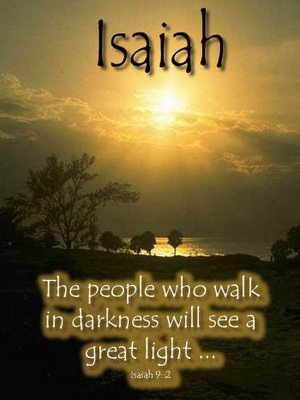 Isaiah speaks to a people, who after the fall of the Northern Kingdom, Israel, in the 722B.C., who were a minority in Galilee, living among the pagan Assyrians who had been brought in to this conquered land. 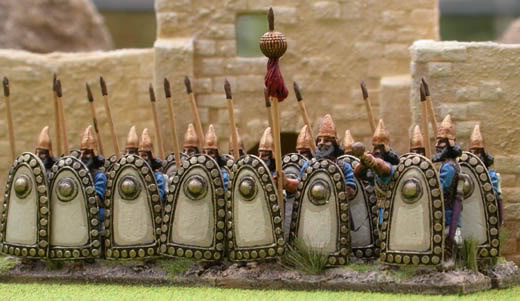 They were unable to practice their faith and many had lost their faith altogether and turned to the gods of Assyria.
This prophet says that a people who walk in darkness will see a great light.  There is hope for the future. 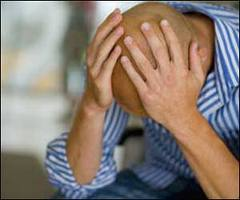 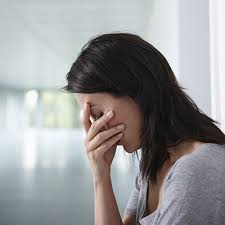 Each of us, can at times, be like the people in this first reading.  Things just don't  go as we planned.  We seem to be in darkness.  We even give up.  But I think the reading encourages us to understand we will come into a great light. 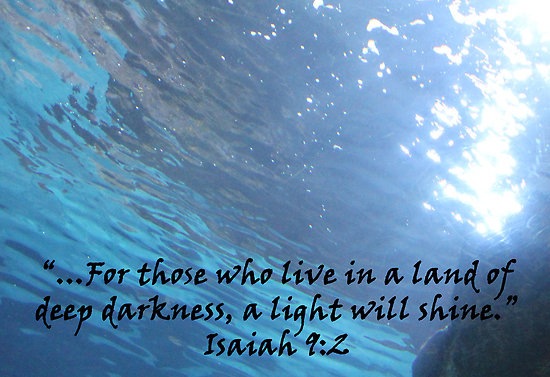 I am always amazed that after the darkness, the events in my life that seem so difficult, pass; I can look back on them and light seems to give me an understanding of what I have learned about myself. In that difficult situation  did I trust that these words of Isaiah are fulfilled?
That no matter what, we no longer walk in darkness.
Christ the light has appeared and offers each of us eternal life. 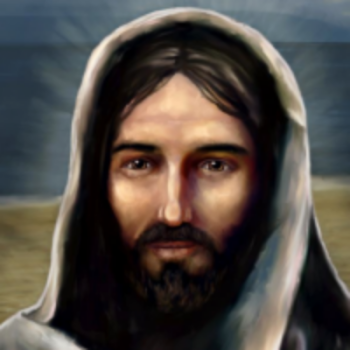 What can hurt us?  With Christ there is no darkness, only eternal life. 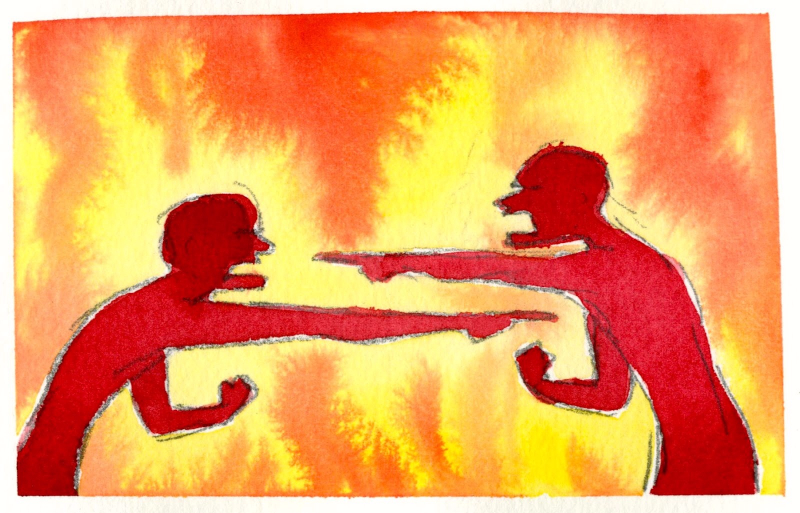 In the second reading Paul writes to a Christian community that was in crisis; which preaching should they follow?  "I am for Paul, I am for Apollos, etc.

Paul says come into the light, and that is Christ.  The one who makes the light of Christ appears is not the one to hang on to, but only  Christ who brings the light, not the messenger.  The light brings unity not division.  Christ brings unity.

The gospel certainly calls us into the light.
Repent the kingdom of God is at hand. 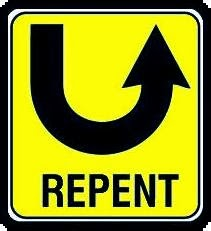 Are we willing to look at your spiritual selves honestly and come into the light.  That is where the kingdom of God is.  But how difficult that can  be.  We can easily think I don't sin, well not very big.  We really don't want to look at ourselves.  But when we have the courage and grace to look at our failures, our sins, we are in the light and very close to the kingdom of God. 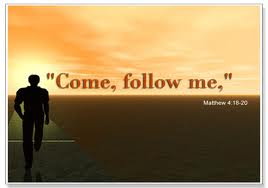 In every daily situation we are called, as were James and John, to leave everything, to follow the Lord; to have mercy and compassion, forgiveness and non judgement for all.
When the Lord passes today, as He will everyday,  will we follow Him? 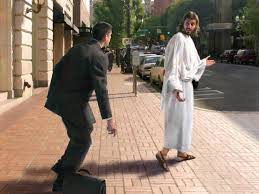