Click here to review the readings for This Sunday

At our baptism we were called by God to be prophets, to make God present in the world for others.

Sometimes that can be an uphill battle.

We, like all prophets. face many difficulties, rejections, and even persecutions.

Yet God continues to call us to continue on the mission He has given to each of us.

If at times we feel like giving up, the readings for this Sunday are great food .

In the first reading, we encounter the prophet Elijah who has just proven to the pagan prophets that their gods do not exist.  Thus,Queen Jezebel is out to have Elijah killed, and so he ,filled with frustration, flees for his life.  He knows that God has called him, but life continues to be very difficult for him. 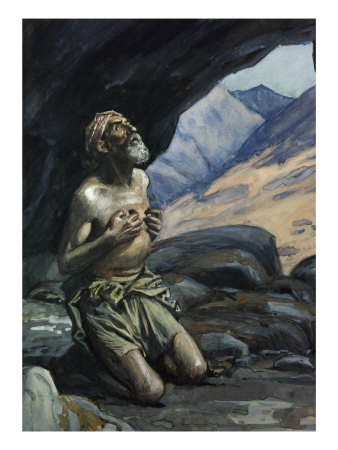 After asking God to take his life he, lays down and sleeps.  He is truly frustrated.

God has called him to be prophet, but no one will put up with him.

Elijah sees no point of going on. 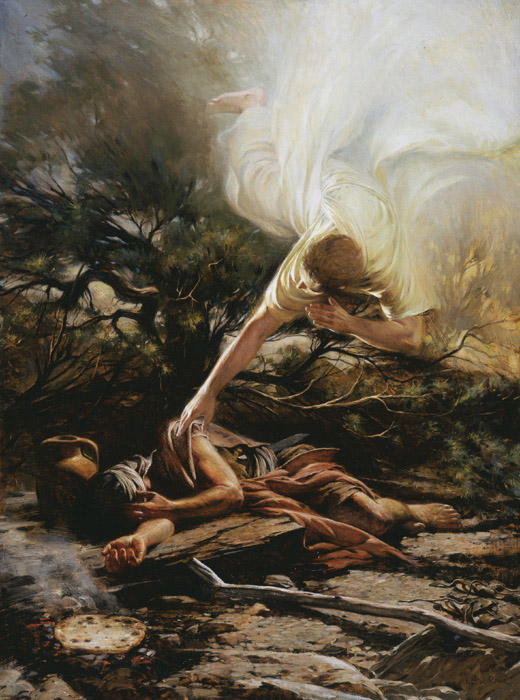 For sure, at times, all of us have experienced this deep frustration, especially in today's world that seem so turned off to God.

But, God wants this great prophet, as well as us, to continue, and so he is given food for strength and told to continue.

We hear in the second reading, Saint Paul's letter that encourages the primitive Christian community to continue it's mission to make God present in the world by giving to others the love, compassion, and forgiveness that God had for them.  We have been given the same mission. 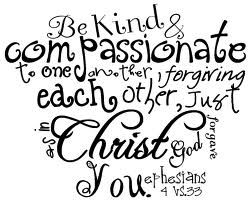 We can sometimes forget just how patient God is with us.  We need to  reflect on this, we need to prayer to be able to have the same patience, compassion, mercy, and forgiveness to others, and in that way to make God present for others.

But the first step is to see our own sins and just how much God has forgiven and accepted us.  That can be difficult for some of us, because we know we are not perfect, but we falsely think we are better than most.  To really discover this is a great gift.  Only then can we really appreciate what God has done for us.

As baptized and called to be prophets, making God present to others can be frustrating, but God will continue to provide food for us.

We like all the prophets, need to be fed.  We are to always continue to make God present in the world for others. 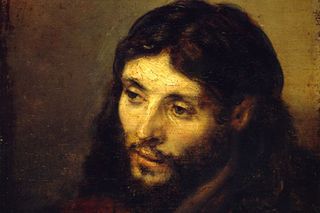 In the Gospel of St. John that we hear today, Jesus tells those around him that He has come down from heaven and He is the food for eternal life.

But no one wants to listen.

In spite of the frustration, Jesus continues.

He is the true food that will strengthen one for the journey to eternal life.

God will provide for us, even today, with this food that gives us the strength and courage to continue the mission we have been given that leads to eternal life. 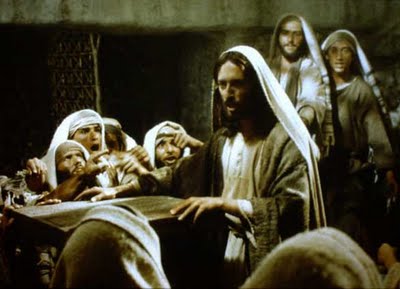 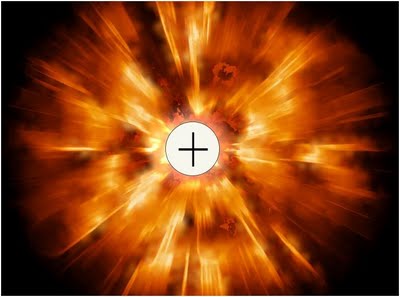 See Him all around us.

Especially in the celebration of the Eucharist

He is truly food

He is in the people around us at liturgy

He is in the homily or sermon

He is in the sacred music

And He is most perfectly and completely...

in the Eucharist we share...His Body and Blood

1940 by Birth Year...Interesting To Look Back 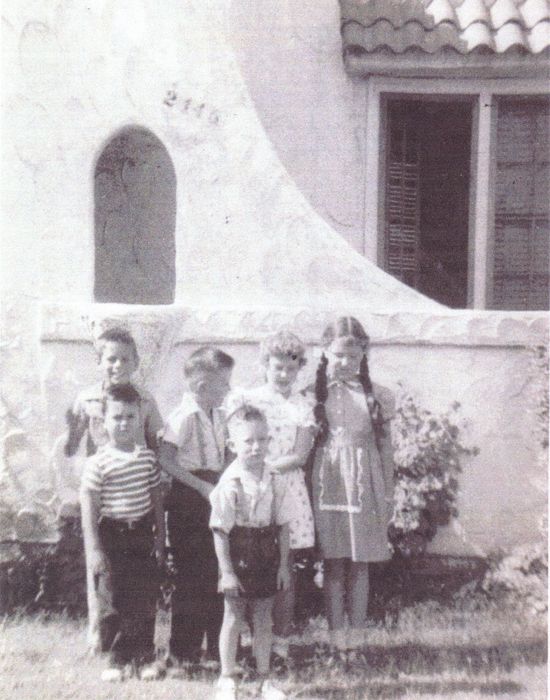 What Was Going On In The World When I Was Born?

There was no Google yet. Or Yahoo.

In 1940, the year of his birth, the top selling movie was Pinocchio. People buying the popcorn in the cinema lobby had glazing eyes when looking at the poster.
Remember, that was before there were DVDs. Heck, even before there was VHS. People were indeed watching movies in the cinema, and not downloading them online. Imagine the packed seats, the laughter, the excitement, the novelty. And mostly all of that without 3D computer effects.

In the year 1940, the time when he arrived on this planet, books were still popularly read on paper, not on digital devices. Trees were felled to get the word out. The number one US bestseller of the time was How Green Was My Valley by Richard Llewellyn. Oh, that's many years ago. Have you read that book? Have you heard of it?

In 1940... Tom and Jerry make their debut in Puss Gets the Boot. The Faroe Islands are occupied by British troops, following the taking over of Denmark by Nazi Germany. Take It or Leave It makes it debut on CBS Radio, with Bob Hawk as host. Canada declares war on Italy. Manuel Ávila Camacho takes office as President of Mexico. Mahatma Gandhi, Indian spiritual non-violence leader writes his second letter to Adolf Hitler addressing him "My friend", requesting him to stop the war Germany had begun. The French government flees to Bordeaux and Paris falls under German occupation. The Olympic Games are suspended due to World War II.

That was the world he were born into. Since then, he and others have changed it.

But it didn't stop the planets from spinning, on and on, year by year. Years in which he would grow bigger, older, smarter, and, if you were lucky, sometimes wiser. Years in which he also lost some things. Possessions got misplaced. Memories faded. Friends parted ways. The best friends, he tried to hold on. This is what counts in life, isn't it?

Remember the movie that was all the rage when heu were 15- Rebel Without a Cause. Remember the songs playing on the radio when he were 15? Maybe it was Mr. Sandman by The Chordettes.

In 1940, 15 years earlier, a long time ago, the year when he were born, the song I'll Never Smile Again by Tommy Dorsey topped the US charts. Here are the lyrics?

I'll never smile again
Until I smile at you
I'll never laugh again
What good would it do?
For tears would fill my eyes
My heart would realize
That our romance is through
...

When he was 9, the movie A Connecticut Yankee in King Arthur's Court was playing.

Progress, year after year. Do you wonder where the world is heading towards? The technology available today would have blown his mind in 1940.

He set aside his plow, in early 1940
Said goodbye to his small town
And put on the army green
...

That's from the song God, Family And Country by Craig Morgan.

In 1940, a new character entered the world of comic books: Batman's side-kick, Robin. Bang! Boom! But that's just fiction, right? In the real world, in 1940, Barbara Boxer was born. And Frank Zappa. Richard Pryor, too. And you, of course. Everyone an individual. Everyone special. Everyone taking a different path through life.

Thanks for your continued prayers, thoughts, and support.

These are always appreciated.

I will keep you in my daily prayers too. 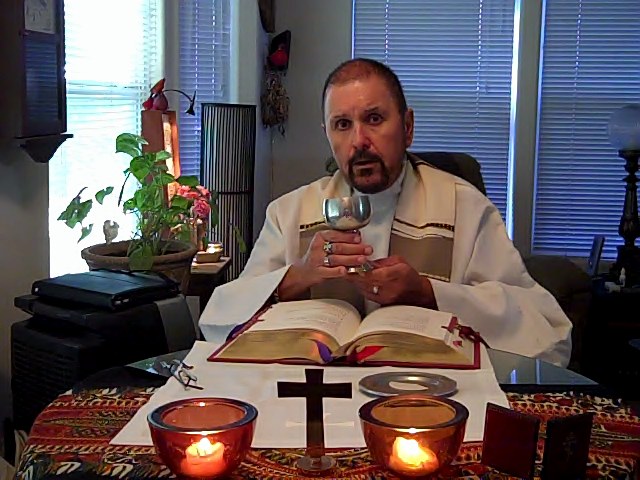