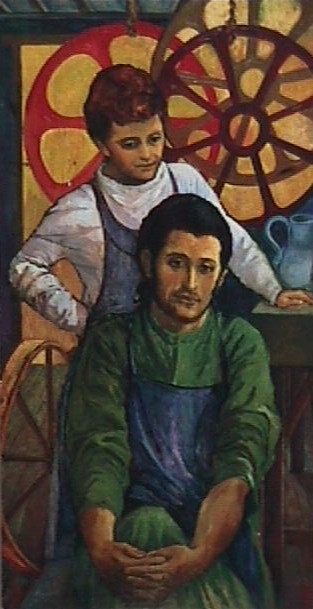 March 19th, is the solemnity of St. Joseph, father in the Holy Family, spouse of the Blessed Virgin Mary and earthly father to Our Lord Jesus Christ. According to scripture, Joseph, son of David, was working as a tekton, general mechanic and/or carpenter, in Nazareth at the time of the Annunciation. Joseph’s decisions were integral in God’s plan and this holy man chose well. He trusted his angelic vision, accepted Mary as his wife, dutifully traveled for the census, organized the Nativity and participated in the Presentation. Later, he led his family safely into Egypt and when called, faithfully returned to Nazareth. Also, Joseph shared in Mary’s worry during the Finding in the Temple. In other words, Joseph played a critical role through his ability to guide and protect Our Lord as he grew from a baby into the fully-realized Savior.

Devotion to Saint Joseph sky-rocketed in the 19th century, as Christian laborers sought a saint applicable to their current working conditions. During this time, he was elevated to Patron and Protector of the Universal Church, by Pope Pius IX. More recently, Blessed John Paul II honored Joseph in an exhortation entitled, Redemptoris Custos (Guardian of the Redeemer).**

In it, he discusses Joseph’s role in the plan of redemption and states, “’The obedience of faith’ must be given to God as he reveals himself. By this obedience of faith man freely commits himself entirely to God, making ‘the full submission of his intellect and will to God who reveals,’ and willingly assenting to the revelation given by him.’ This statement, which touches the very essence of faith, is perfectly applicable to Joseph of Nazareth.”

Vibia Perpetua, a well-to-do young woman and mother, and Felicitas, a slave who gave birth to a child three days before suffering a martyr's death, were catechumens. Against such prospective converts the persecution of Septimius Severus was particularly severe. These two holy women suffered death on the seventh of March in Carthage.

Now the day had arrived when they were to be thrown to the wild beasts. Felicitas began to be sorrowful because she feared she would have to wait longer than her companions. For eight months she had been pregnant and therefore, according to Roman law, could not be executed before the birth of the child. But the prayers of her fellow sufferers hastened her time and she gave birth to a baby girl.
While she was suffering from the pains of childbirth, one of the guards called out to her, "If you are suffering so much now, what will you do when you are thrown to the wild beasts?" "Now I suffer," she answered, "but there Another will be in me, who will suffer for me, because I will suffer for Him." When she was in travail she had sorrow, but when she was set before the wild beasts she rejoiced" (Martyrology).
Finally, on the seventh of March, these heroic women were led into the amphitheatre and severely scourged. Then they were tossed about by an exceptionally wild cow, gored, and thrown to the ground. A man went to a barbershop to have his hair cut and his beard trimmed. As the barber began to work, they began to have a good conversation. They talked about so many things and various subjects. When they eventually touched on the subject of God, the barber said: "I don't believe that God exists."

"Why do you say that?" asked the customer.

"Well, you just have to go out in the street to realize that God doesn't exist. Tell me, if God exists, would there be so many sick people? Would there be abandoned children? If God existed, there would be neither suffering nor pain. I can't imagine a loving God who would allow all of these things."

The customer thought for a moment, but didn't respond because he didn't want to start an argument. The barber finished his job and the customer left the shop. Just after he left the barbershop, he saw a man in the street with long, stringy, dirty hair and an untrimmed beard. He looked dirty and

unkempt. The customer turned back and entered the barber shop again and he said to the barber: "You know what? Barbers do not exist."

"How can you say that?" asked the surprised barber. "I am here, and I am a barber. And I just worked on you!"

"No!" the customer exclaimed. "Barbers don't exist because if they did, there would be no people with dirty long hair and untrimmed beards, like that man outside."

"Ah, but barbers DO exist! That's what happens when people do not come to me."

"Exactly!" affirmed the customer. "That's the point! God, too, DOES exist! That's what happens when people do not go to Him and don't look to Him for help. That's why there's so much pain and suffering in the world." 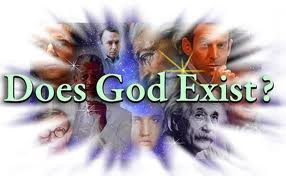