The Resume of Jesus Christ 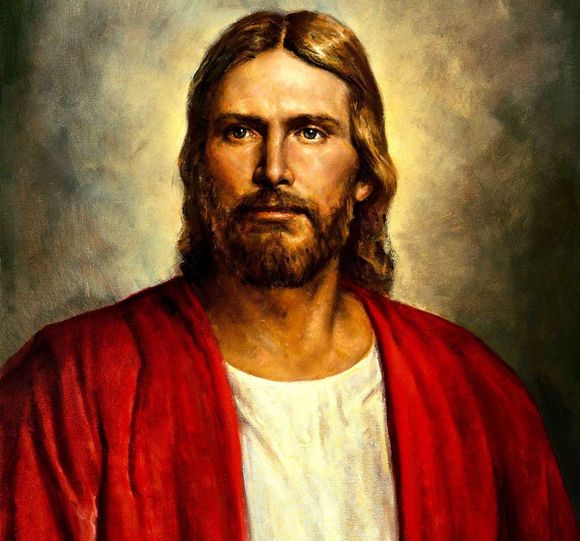 Subject: The Resume of Jesus Christ

The Resume of Jesus Christ

I've only had one employer, (See Luke 2:49 ).
I've never been tardy, absent, disobedient, slothful or disrespectful.
My employer has nothing but rave reviews for me, (See Matthew 3:15 -17)

Some of my skills and work experiences include: empowering the poor to be poor no more, healing the brokenhearted, setting the captives free, healing the sick, restoring sight to the blind and setting at liberty them that are bruised, (See Luke 4:18).
I am a Wonderful Counselor, (See Isaiah 9:6). People who listen to me shall dwell safely and shall not fear evil, (See Proverbs 1:33 ).
Most importantly, I have the authority, ability and power to cleanse you of your sins, (See I John 1:7-9)

Click here for information on Conversion of St. Paul 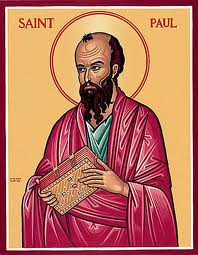 Courage. Something to Remember First, we survived being born to mothers
Who smoked and/or drank while they were
Pregnant.

They took aspirin, ate blue cheese dressing,
Tuna from a can and didn't get tested for diabetes..

Then after that trauma, we were put to sleep on our tummies in baby cribs covered with bright colored lead-base paints.

We had no childproof lids on medicine bottles,
Locks on doors or cabinets and when we rode
Our bikes, we had baseball caps not helmets on our heads.

As infants & children,
We would ride in cars with no car seats,
No booster seats, no seat belts, no air bags, bald tires and sometimes no brakes.

Riding in the back of a pick-up truck on a warm day
Was always a special treat.

We drank water
From the garden hose and not from a bottle.

We shared one soft drink with four friends,
>From one bottle and no one actually died from this.

We ate cupcakes, white bread, real butter and bacon.
We drank Kool-Aid made with real white sugar.
And, we weren't overweight.
WHY?

Because we were
Always outside playing...that's why!

We would leave home in the morning and play all day,
As long as we were back when the
Streetlights came on.

No one was able
To reach us all day. And, we were O.K.

We would spend hours building our go-carts out of scraps
And then ride them down the hill, only to find out
We forgot the brakes. After running into the bushes
a few times, we learned to solve the problem.
We did not have Playstations, Nintendo's and X-boxes.
There were no video games, no 150 channels on cable,
No video movies or DVD's, no surround-sound or CD's,
No cell phones,
No personal computers, no Internet and no chat rooms.
WE HAD FRIENDS
And we went outside and found them!

We fell out of trees, got cut, broke bones and teeth
And there were no lawsuits from these accidents.

We ate worms and mud pies made from dirt,
And the worms did not live in us
Forever.

We were given BB guns for our 10th birthdays,
Made up games with sticks and tennis balls and,
Although we were told it would happen,
We did not put out very many eyes..

We rode bikes or walked to a friend's house and
Knocked on the door or rang the bell, or just
Walked in and talked to them.

Little League had tryouts and not everyone made the team.
Those who didn't had to learn to deal
With disappointment.
Imagine that!!

The idea of a parent bailing us out if we broke the law
Was unheard of.
They actually sided with the law!

These generations have produced some of the best
Risk-takers, problem solvers and inventors ever.

The past 50 years
Have been an explosion of innovation and new ideas.
We had freedom, failure, success and responsibility,
and we learned how to deal with it all.

If YOU are one of them?
CONGRATULATIONS!
You might want to share this with others
who have had the luck to grow up as kids, before the
lawyers and the government regulated so much of our lives
for our own good. 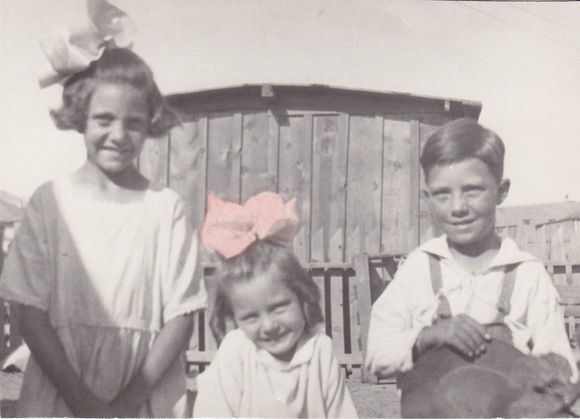 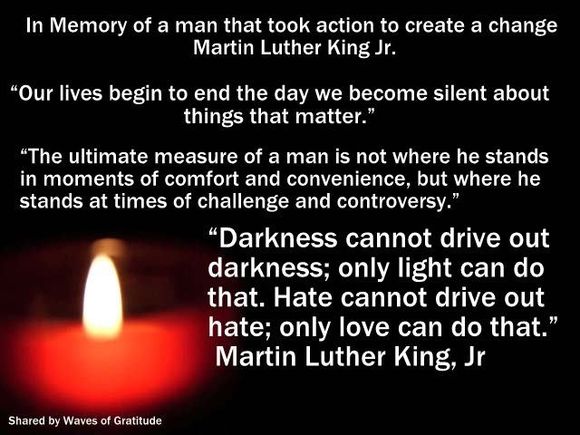 Click here to look at the readings for this Sunday

In this Sunday's gospel we hear that Christ calls his Apostles.

It is somewhat amazing that James and John, when they are told to "Follow me", leave the task they are working on, and immediately follow the Lord.

Isn't it difficult, at times, to immediately leave what we are doing to follow the Lord?  We know that we were called by name in our Baptism.  We are to follow the Lord everyday and to make God present for others.  That is a part of our call to show compassion, mercy, forgiveness, helpfulness, etc.

When another person or event calls us to make God present, to "Follow the Lord", it is so easy to say, "Not right now; maybe later.  What I am doing now is more important.  I don't know that person."

We all know the story of Jonah and the big fish.  The book of Jonah was not a historical account of the life and preaching of a prophet called Jonah who lived in the eighth century BC.  This book was written after the return from exile of Babylon.  It is a sermon in the form of a story and the theme of the sermon is that Yahweh is the God for all nations, not just for the Jews.

The story was told because the Jews that had returned from exile refused to go out and take God to others.  They believed God was only for them.  That is the main reason Jonah tried to refuse to go on the mission God was sending him.  And we know what happened.

In spite of his rejecting the idea of going to pagans, God sent him. 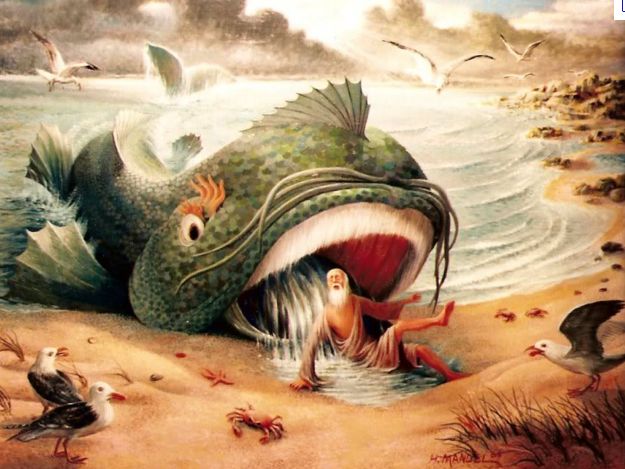 And when the pagans heard about God, they changed.

Jonah had to change his ideas about who God was for and who God cared for and loved and wanted to have eternal life; all people.

For all of us it is so easy to profile a person and decide to whom will I make God's mercy, compassion, forgiveness, etc. present.

If He sends me to a difficult person or situation or relationship, how easy it is to make an excuse.

They won't listen to me

I am not a priest

What could I possible say or do to help

Right now is not a good time.

Let someone else do it.

The problem is that God has placed you and me with that difficult person or difficult situation.  It is exactly here where we have been called to "Follow me", to make God present. 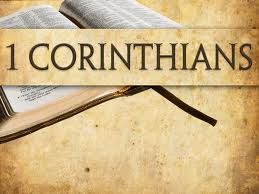 In St. Paul's letter, he strongly states to be ready for the coming of the Lord.  For sure that will happen at the end of time, at our death, and in fact everyday.  Are you ready to follow the Lord today?

To make Him present to others, not just in words, but more importantly in our actions.

Paul encourages the Corinthian to be ready for the coming of the Lord and that same encouragement is made to you and me for this very day, and for the days to come. 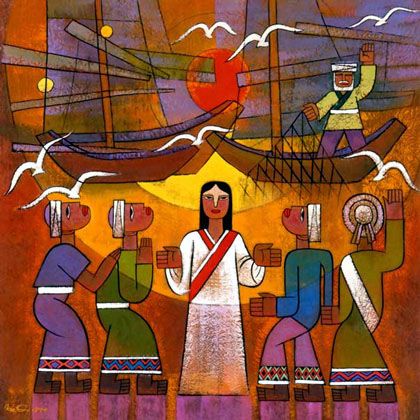 Be ready, for we will be called to follow and to make God present to others.

It will happen everyday.

Pray for yourself to be ready.

HAVE YOU EVER BEEN GUILTY OF LOOKING AT OTHERS YOUR OWN AGE AND THINKING, SURELY I CAN'T
LOOK THAT OLD. 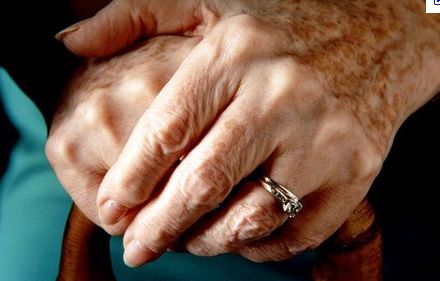 MY NAME IS ALICE , AND I WAS SITTING IN THE WAITING ROOM FOR MY FIRST APPOINTMENT WITH A NEW DENTIST.

I NOTICED HIS DDS DIPLOMA ON THE WALL, WHICH BORE HIS FULL NAME. SUDDENLY, I REMEMBERED A TALL, HANDSOME, DARK-HAIRED BOY WITH THE SAME NAME HAD BEEN IN MY HIGH SCHOOL CLASS SOME 30-ODD YEARS AGO.

COULD HE BE THE SAME GUY THAT I HAD A SECRET CRUSH ON, WAY BACK THEN?

UPON SEEING HIM, HOWEVER, I QUICKLY DISCARDED ANY SUCH THOUGHT.  THIS BALDING, GRAY-HAIRED MAN WITH THE DEEPLY LINED FACE WAS WAY TOO OLD TO HAVE BEEN MY CLASSMATE..

AFTER HE EXAMINED MY TEETH, I ASKED HIM IF HE HAD ATTENDED MORGAN PARK HIGH SCHOOL ..'YES. YES, I DID. I'M A MUSTANG,' HE GLEAMED WITH PRIDE. WHEN DID YOU GRADUATE?' I ASKED.  HE ANSWERED, 'IN 1975. WHY DO YOU ASK?'

YOU WERE IN MY CLASS!', I EXCLAIMED.HE LOOKED AT ME CLOSELY. THEN, THAT UGLY,OLD,BALD, WRINKLED FACED,FAT-ASSED, GRAY-HAIRED, DECREPIT, SON-OF-A-BITCH ASKED,

From a conference to her spiritual daughters by Elizabeth Ann Seton

Our daily work is to do the will of God

I will tell you what is my own great help. I once read or heard that an interior life means but the continuation of our Savior’s life in us; that the great object of all his mysteries is to merit for us the grace of his interior life and communicate it to us, it being the end of his mission to lead us into the sweet land of promise, a life of constant union with himself. And what was the first rule of our dear Savior’s life? You know it was to do his Father’s will. Well, then, the first end I propose in our daily work is to do the will of God; secondly, to do it in the manner he wills; and thirdly, to do it because it is his will.

I know what his will is by those who direct me; whatever they bid me do, if it is ever so small in itself, is the will of God for me. Then do it in the manner he wills it, not sewing an old thing as if it were new, or a new thing as if it were old; not fretting because the oven is too hot, or in a fuss because it is too cold. You understand — not flying and driving because you are hurried, not creeping like a snail because no one pushes you. Our dear Savior was never in extremes. The third object is to do his will because God wills it, that is, to be ready to quit at any moment and to do anything else to which you may be called….

You think it very hard to lead a life of such restraint unless you keep your eye of faith always open. Perseverance is a great grace. To go on gaining and advancing every day, we must be resolute, and bear and suffer as our blessed forerunners did. Which of them gained heaven without a struggle?…

What are our real trials? By what name shall we call them? One cuts herself out a cross of pride; another, one of causeless discontent; another, one of restless impatience or peevish fretfulness. But is the whole any better than children’s play if looked at with the common eye of faith? Yet we know certainly that our God calls us to a holy life, that he gives us every grace, every abundant grace; and though we are so weak of ourselves, this grace is able to carry us through every obstacle and difficulty. 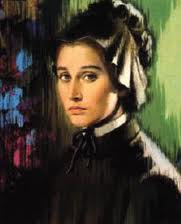